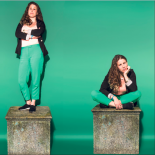 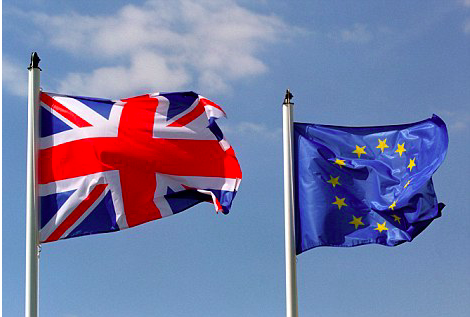 I suppose I always knew my decision would be partly based in emotion. I’ve studied behavioural economics. I know the idea of the rational agent making decisions in her own best interest only after weighing up all the facts is no more than a self-congratulatory myth.

But still. When I found that we were going to be having to vote, to take such a momentous decision over our future, it was facts that I turned to to help me decide.

At first I genuinely didn’t know which way I would vote. Sure, I had a bias towards staying — I’ve never been particularly excited by ideas of national “sovereignty” (more on that later). But I had heard persuasive left wing arguments for leaving. And, like so many others, I had been horrified watching what had been done to Greece over the past few years. But I didn’t want to take a decision based on vague memories of editorials and the opinions of my more forthright friends made in pubs around London. I wanted to see the facts for myself.

So I went and I read. I read up on the EU and how it works. I read over forty years of equality case law and legislation. I read the Treaty of Rome and the Treaty of Lisbon. I read about how often the UK had been dragged kicking and screaming into passing progressive legislation that protect and promote women’s rights. I read about how in the past few years the coalition government had been prevented by EU law from rescinding some of this legislation.

Perhaps it is because sovereignty is not attractive to me that this “meddling” doesn’t rankle. After all, what does British sovereignty mean over EU sovereignty? We vote for our MEPs. We vote for the leaders of our governments who form the European Council. Moving sovereignty from Brussels to the UK (although of course we do have plenty of sovereignty here anyway) is about nationalism. The idea that it’s better to have supreme control in our back yard, rather than in collaboration with others.

I am not a pure breed. I am a mongrel.

My Argentine family traces its roots back to German Jew and French Basque. My great uncle died in Auschwitz. My dad and his family came to Spain in the early seventies as immigrants. My mum’s family is Scottish — but we were expelled form Scotland for being overly successful at cattle rustling.

I wasn’t born in this country. I was born in Brazil, and at the time women weren’t able to automatically pass on their nationality to children born out of the UK. We had to apply for special dispensation to get a British passport. When I wanted to get a job I had to go for an interview at a centre in Slough to get a National Insurance number. I grew up speaking Spanish — I spoke Spanish before I spoke English. I lived in different countries growing up. Every three years or so we had to move. Start all over again. A new country, new language, new school, new friends.

I moved here when I was twelve.  It all seemed so foreign. I had the wrong clothes, I didn’t know the right cultural references. I had to suddenly become an expert on this whole new world or risk being marked out forever as the weird girl. It somehow hadn’t been a problem in the other countries I’d lived in— I suppose because I’d gone to international schools where we were all foreigners. All odd, all different, and that was fine. Suddenly, in England, I was expected to assimilate.

I never really managed it.

But I did get that passport. I got that national insurance number. I live here. I work here. I vote here.

The Remain campaign has been accused of being “Project Fear”.  And perhaps that is true. I know I am scared. I know I am frightened.

I’m frightened because this desire to “revert” to some kind of mythical time when we were all the same and we had power over ourselves without bloody foreigners meddling just feels entirely alien to me. It feels scary and wrong. Asking me to vote to Leave feels like asking me to vote to cut myself in two. I am British and I am European and I am South American. I am British and I am foreign, and I know nothing good has ever come from breaking ourselves apart. And don’t tell me that leaving the EU doesn’t mean we are leaving Europe. This isn’t about a land mass. It’s about political allegiance. It’s about working together instead of in competition with each other. It’s about cultures clashing and meshing and collaborating.

Working together requires compromise. It requires hard work. It requires boring meetings, and committees and regulations. It’s not sexy, or exciting. It doesn’t produce stirring catchphrases, like “Give us our country back”, or “Take back control”. Who is taking back control, and of what?

Tomorrow is referendum day. And I know that when I vote, I won’t be able to separate my decision from how I feel emotionally. Yes, I know what the EU has done for me as a woman. But I feel like I’m voting with my heart, rather than my head. And my heart is telling me that if I woke up on Friday and we’d left, I’d feel scared and alone. I’d feel cut off. I’d feel like a part of me had become an alien in my own country. I don’t want to feel that way.

I want us to vote to remain.

This entry was posted on June 22, 2016 by carolinecriadoperez in Uncategorized.